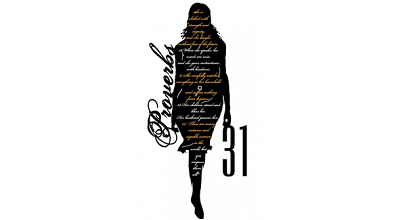 Before March's “Women's History Month” is over I wanted to publish two stories for you to share from a conservative perspective.  Today's post is on the myth that powerful women have only begun wielding that power in modern times.  Saturday, I will have a post about a powerful woman from earlier times, one of my favorites, Abigail Adams.

Humans, and especially Americans, think that we've invented the idea of a powerful woman in the modern era, only since the time of female suffrage.  The myth teaches people that prior to today, women didn't control their own lives or construct lives of their own design.  So supposedly, women before 1920 were physically weak but also mentally lacking, dependent on men, only good to stay home and raise children; that was the rationale, at least, that kept them from the vote.

However, God never dictated this trend.  In contrast, he gave us plans to show us a completely different way.

To find the recommended path for society, one needs only turn to the Bible…the Roadmap, the GPS, or as I call it, the God-Programmed-System.  If we follow this plan, life works out much more rightly and rewarding than if we try to follow our own directional skills and choose our own roads.  My own life has repeatedly taught me this lesson.  The most notable of these was when I wrestled with God about becoming a teacher.  Suffice to say, he won…and I am vastly happier with His victory than I would have been with mine!

Using the God-Programmed System, we can look to see how society is supposed to work, not just how we choose to make it.  Proverbs and parables in the Bible are intended to show us the paths to take, to make our society and its individuals better.

Proverbs 31:10-31 is an amazing road map to demonstrate the true feminism in our world.  It shows a woman of incredible power and self-knowledge, one who controls her own life and also those of the people around her.  If you read the verses in Hebrew, it's actually an alphabetical acrostic that spells out the term “wife of valor”, referring to a woman who succeeds in all forms of excellence.

This unnamed woman, who can represent any and all women, is a shockingly atypical female, at least from what we've been taught to expect.  When we read about her, we are surprised to find that several thousand years ago, the ideal woman was not cowering in fear of upsetting male egos, or viewing her position only in terms of children and house.  Her purview was the entire household, including all the business transactions, the people within the house, and also the charity of the home towards those less fortunate.

She sets the schedule (“rises while it is yet night”); she controls the purse-strings, (“considers a field and buys it”); and she employs people, (“from her profits she plants a vineyard”).  By the way, she's not physically planting that vineyard, instead she's supervising the work of her servants and employees.

Meanwhile, she also is the dominant house-manager and child-raiser.  She “watches over the ways of her household”, she clothes them so they “are not afraid of snow”.  She is so complex and capable a person that “her children rise up and call her blessed, her husband also and he praises her.” She is so amazing that her husband even says she “excel(s) them all”, referring to other powerful and responsible women.

This is true feminism, to embrace all of our personality and power.  We don't have to give up our female power over home, husband and children in order to become something more…we are more.  We are what God created us to be.  And that isn't the flavor of the month, or what's popular for women to do this decade or that.  It is to be “created in the image of God” (Genesis 1:27).  We are already that, and already perfect in God's eyes.  We don't have to fit into anyone's else's mold.

I try to live up to this nameless woman, and if I do, I will reap the same rewards: “Give her of the fruit of her hands, and let her own works praise her in the gates” (Proverbs 31:31).  I can think of no greater legacy to leave behind.